Last week I talked a little about what inspires the creation of my characters – namely the cast of thousands of young people that I have come across during my many years of teaching.  Other teachers and school staff in general, are not immune to my search for ‘inspiring’ character traits.  What inspires me – is the topic of this week’s episode of Reel Time.

What I have discovered, since beginning the research for the Star Ways Chronicles, is that creating stories is not dissimilar to carrying out a scientific investigation.  An author has an idea, like a scientist, tests that idea makes an observation, documents, improves on the idea and tests again.  The process itself is inspiring, as well as a ‘spiralling’ one. (That’s a double ‘l’ for Aussie spellers, one ‘l’ for Americans).

Spiralling is a significant term in my book.  It is what spirems do – um, in their spiral formations.  The term ‘spiral’ can also mean ‘star’.  Either way, they are natural wonders that I can never get enough of.  Here are some of my favourites. 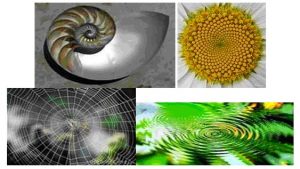 This National Geographic hyperlink leads to some amazing photography taken by Chris Bray of the motion of stars.  You’ve got a digital LSR and want to have a go yourself?  Then link to James Vernacotola’s tutorial.  Look at the stunner he captured.

Jasmine Neutron Star is the first book of the Star Ways Chronicles.  It is a novel most suitable for young adult and teenager readers of speculative, fantasy / science fiction, urban fantasy.  It is a humorous account of Jasmine’s first adventure into the world of light – Quanta.  She is a spirem – a new kind of superhero – and perfect for our modern world’s sphere of Terra.